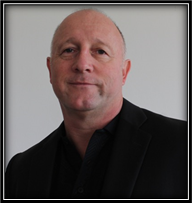 Paul Quaglia founded Asia Pacific Assistance (APAC Assistance) a bespoke and agile Operational Risk and Information support company. Paul is one of Asia Pacific’s most experienced and versatile security and disaster management professionals. Paul has held various demanding roles in both military and civil positions. He has advanced commercial acumen. APAC Assistance has a decentralized team throughout the Asia Pacific region and a vastly extended network.

Paul has done regional risk consulting since 1996 following his military career as an operations officer in the Australian armed forces. Paul has a well-rounded understanding and appreciation of the region’s unique cultural and socio-political attributes. Paul understands how security and health impact businesses and prudent ways to reduce impacts. Paul graduated from the Royal Military College, Duntroon, he was in Artillery, Arty Intelligence and was on Australia’s Joint Deployable Force Headquarters.

APAC Assistance was built on the ethos of “always accessible, pragmatic advice to assist business decisions”.

Paul formerly worked with the International SOS and the World Bank in regional roles embedded through Pinkerton. Paul has lived in Papua, Indonesia, and Thailand. He currently lives in Singapore. His hobbies are multifaceted, Rugby, Rugby, and Rugby. www.apacassistance.com.

Paul has extensive experience in monitoring, assessing, and managing complex risk and emergency situations confronting businesses, especially those operating in high-risk environments. Paul formerly worked with the International SOS and the World Bank in regional roles embedded through Pinkerton. In Indonesia, Paul has established specialist teams that assist major resource sector clients, such as Freeport and BP, in various aspects of risk management and mitigation. Paul also has extensive experience in Cash-in-Transit (CiT) operations and has served several clients in Myanmar and Timor Leste. Currently, through APAC-A, Paul has established monitoring, database, and assessment outfit that assists clients in identifying and assessing risks, real or potential, as the basis for formulating their corporate contingency plans. 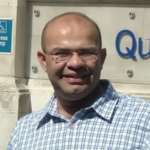 Bhargav is an Indian national currently based out of Bangalore region in Southern India. He heads our South Asia team acting as Regional Operations Manager. He graduated from the Queen Mary University of London with a master’s in International Business and Politics. He holds an MA in Diplomacy from Jindal School of International Affairs and a BA in Economics from the University of Mysore, India. He also has Diplomas in Human Resource Management and Journalism. His most recent experience was with Pinkerton as an Intelligence Specialist for APAC and EMEA regions where he was trained in strategic and tactical intelligence for corporate risk management services. His areas of specialization include migration, security, military- industrial complex, and geopolitical risk. He has also interned in a refugee resettlement agency in Buffalo, NY. He is proficient in multiple languages including English, Hindi, Urdu, Kannada, Telugu, and French. 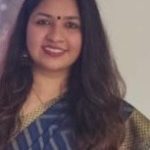 Anshika is an Indian National currently based in New Delhi, the capital of India. She is the Information Manager for Africa, South Asia, and Southeast Asia. She graduated from Jindal Global Law School and is a lawyer by training. She is extremely passionate about researching on Human Rights and Politics. She has extensive experience working on the ground with different communities in rural as well as urban areas. Before joining APAC Assistance, she worked in a slum community in Delhi for two years as a fellow at Teach for India. She has further interned at the Ministry of Women and Child Development India, HIV/AIDS Alliance India, and other research-based organizations during the course of Law school. 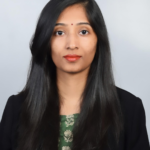 Ragyeshri Sudaroli is an Indian national who is based out of Bangalore, India. She works as an Assistant Manager at APAC Assistance. She has graduated from the University of Warwick with an MA in International Relations. During her course, she focused on studying the Asia-Pacific, BRICS (Brazil, Russia, India, China, and South Africa) and South Asian security. She has a B. Com Honors degree, specializing in finance and investment from Christ University. She has previously worked as an associate in EY and an assistant manager at Kotak Securities. Her area of specialization pertains to security issues, geopolitical risk, research and analysis, stock markets, and macroeconomic theories. She speaks English, Kannada, Tamil, and Malayalam. 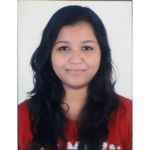 Mansi is an Indian National currently based out of Mumbai, Maharashtra. She recently joined APAC Assistance as a Research Assistant for South Asia and East Asia Pacific. She is fluent in English, Marathi, Hindi, Konkani, German, and French. She graduated from the University of Mumbai, where she majored in English Literature and also studied Politics and Economics during the course of her undergraduate degree. She graduated from the University of Warwick in the United Kingdom in January 2020 with an MA in International Relations. Her regions of interest are the Middle East and North Africa, South Asia, and the EU. She has previous work experience of working as a Report Writer for a Mumbai based NGO, which primarily focused on providing free and quality education to underprivileged children across India. Later, she went on to do an internship at an Israeli geopolitical risk consultancy firm called Wikistrat. Her interests include traveling, watching football, following local and world politics and learning new languages. 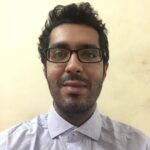 Uday Bakhshi is an Indian national currently based in Mumbai, India. He has done his schooling in Dubai and Jakarta. He has a bachelor degree in economics with political science as a double major from Singapore Management University. He has previously worked at a ship management company based in Singapore. Following that, he joined an Israeli geopolitical risk organization called Max Security, where he has worked as an Asia analyst with a specialization in Southeast Asia. He speaks English, Hindi, and French. His interests include conflict, development economics, and the political-economic nexus. His hobbies include surfing, scuba diving, and gardening. 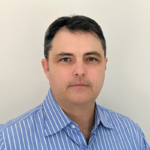 Kevin is the writer and producer of Reformasi Weekly, a subscription service analyzing politics and policy-making for international organizations operating in Indonesia. He has been writing the report since 2003. Subscribers include embassies, journalists, donors, NGOs, banks, fund managers, universities, and resource companies.

He is the author of Reformasi: The Struggle for Power in Post‑Soeharto Indonesia, published in 2002 by Allen & Unwin. His firm, Reformasi Information Services, provides political risk consul­ting and customized research. Syndicated reports include Who’s Who in Yudyohono’s Indonesia and the 2019 Election Primer.

Kevin started his career in Indonesia in 1994 as an equity research analyst and he has worked in the energy sector on BP’s Tangguh Project. He is a graduate of Harvard University with an honors degree in government.

Kevin, his wife Nikin, and their daughter Naeema enjoy outdoor activities, including soccer (football) and skiing when time permits them to go back to their home in Maine, USA.

Kevin has been in Indonesia for 28 years. 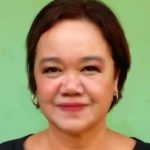 Carol is probably one of the most experienced and qualified in the field of security and intelligence analysis. Carol holds a bachelor’s degree in Political Science and a master’s degree in Public Administration. Her career background included more than 20 years of service in the Philippines’ intelligence and national security sector. She once headed the monitoring and assessment unit of the Philippines’ National Security Council-Secretariat. She also served as Assistant to the Undersecretary of the Presidential Situation Room, a unit that provides round-the-clock news monitoring and intelligence updates to the Philippine President. Upon retirement from the government service, Carol joined APAC Assistance as Senior Analyst. Carol now heads our analytical team. She mentors our researchers and analysts, as well as reviews and provides guidance in the production of APAC Assistance reports and publications. 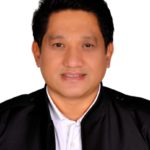 Ramlee was a Malaysian Army Officer with over 30 years of service. Ramlee completed military college at the Officer Cadet School in Portsea, Australia.  He is also a graduate of the University of NSW (Masters of Defence and Strategy, Sydney Australia, the Chistien Albright University (Military Strategic Studies), Kiel Germany, and the US Army Staff College, Fort Leavenworth.  He served with the United Nations in multi peacekeeping mission roles and led numerous negotiations and crisis management operations for Malaysia. Ramlee’s military career in senior Military Intelligence roles included setting up and restructuring the military intelligence organization. As the Head of Strategic Intelligence, he has extensive networking with the main Intelligence organization regional and global. He demonstrated post-military capacity in the aviation industry and setting up MRO training, procedures, and certification for technicians. 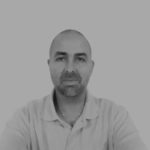 Iain was a Canadian national and now is a citizen of Indonesia. He was born and is still a resident in Indonesian Papua. He is fluent in English, Bahasa Indonesia, Melayu-Papua, and Bahasa-Yali (a highland Papuan dialect). Iain has 15 years of experience in community development, capacity-building, indigenous peoples’ rights, health care, and other development work. He has worked with many groups and organizations, among them Clinton Foundation and PT Freeport Indonesia. In addition to his community development and organizing background, Iain has a decade’s experience in air logistics and management in the aviation industry. He is a disciplined and motivating project manager, facilitator, trainer, and evaluator who can work across Indonesian Papuan and Western cultures with ease and fluidity.

Dan is an international lawyer with over 30 years of experience working in senior management positions in the resource sector. Dan has counseled companies on legal and tax matters, human rights, corruption avoidance, security, and environmental compliance. Dan has hands-on experience designing administrative systems in all these areas. He has extensive international experience in the Middle East and Asia with three decades in Indonesia.

Dan and his wife Sandra, travel between their two homes in Jakarta and Chicago. They are very keen photographers. Sandra formerly headed two of the big-4 accounting firms in Jakarta.

Gen is a Filipino born and based in Manila. Her versatility and flexibility make her capable of switching from one industry to another and from one task to another. A Civil Engineer by profession, her interests include traveling, following local and international political and historical events, and continuous engagement with social media. The latter of which has worked to her advantage in terms of fulfilling her role in APAC Assistance. Gennalyn heads the APAC Assistance research, database, and information distribution, teams. 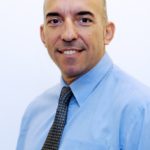 Martin is a British citizen who graduated from the University of Bristol in 1989 with a degree in mechanical engineering. He moved to Singapore in 1990 and has been a resident of the ASEAN region ever since. He is a native English speaker and speaks conversational Bahasa Indonesia.

Martin has worked primarily as a project manager on a wide variety of construction projects, often in remote locations throughout the Asia Pacific region. During this time, he has worked for MEI Project Engineers Pte Ltd, DuPont Company (Singapore) Pte Ltd, Merx Construction Management Pte Ltd and, his own company, Henry Hudson Pte Ltd, which he started in 2010.

Martin has been doing some private consultancy work for APAC Assistance over the past three years, in various capacities, and has been using his areas of expertise to help the company develop new business pipelines. 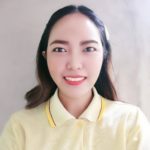 Nicha is a Thai citizen. She graduated from Suan Dusit University and Guilin China University in 2018 with a degree in Bachelor of Arts. Her interests include cooking, baking, translating Chinese subtitle to Thai and writing an online novel. She works part time with APAC Assistance and she assists the team with database and general research.